Our Driverless Future – What Technologies Can We Look Forward To?

I was pretty shocked when the former San Francisco mayor Willie Brown, a huge San Francisco Municipal Transit Agency (Muni) advocate, stated, “”It’s time to accept the fact that Muni will never run on time spend enough to keep the system from collapsing and start thinking about alternatives like driverless cars.”  I completely agree that the government needs to start thinking about alternatives, but that doesn’t mean it should slow down its investment in public transportation (which is already woefully under-funded!).  Driverless cars, and other advanced transportation technologies, still have a few years (at best) before they could begin to improve mobility.  Here are just a few of the fun technologies I’ve been following:

I can’t wait to see how we’ll be getting around in a few years! 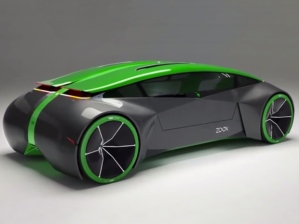 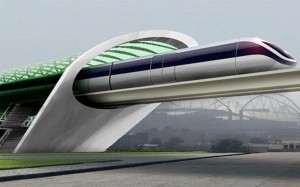 Lauren Isaac is the Director of Business Initiatives for the North American operation of EasyMile. Easymile provides electric, driverless shuttles that are designed to cover short distances in multi-use environments. Prior to working at EasyMile, Lauren worked at WSP where she was involved in various projects involving advanced technologies that can improve mobility in cities. Lauren wrote a guide titled “Driving Towards Driverless: A Guide for Government Agencies” regarding how local and regional governments should respond to autonomous vehicles in the short, medium, and long term. In addition, Lauren maintains the blog, “Driving Towards Driverless”, and has presented on this topic at more than 75 industry conferences. She recently did a TEDx Talk, and has been published in Forbes and the Chicago Tribune among other publications.
View all posts by Lauren Isaac →
This entry was posted in Driverless Car Future and tagged airplanes, autonomous vehicles, driverless car, hyperloop, muni, robotaxi, self-driving truck, SFMTA, zoox. Bookmark the permalink.

2 Responses to Our Driverless Future – What Technologies Can We Look Forward To?